I have been putting out cat food, as well as kitty kibbles, mealworms and suet pellets with insects, so our female isn’t stuck for anything to eat. She was out a couple of times today, around lunchtime, then a bit later, and she’d polished off a plateful of chicken cat food, a posh one, then tucked into some of the other munchies, then went back to bed after a drink and a wander round the patio.
She’s certainly not looking skinny, quite plump, actually. I put some more cat food on the plate while she was in the restaurant, ‘cos she was pretty much licking it clean, and took a couple of photos – she sat still for a couple of minutes or so, then carried on eating. 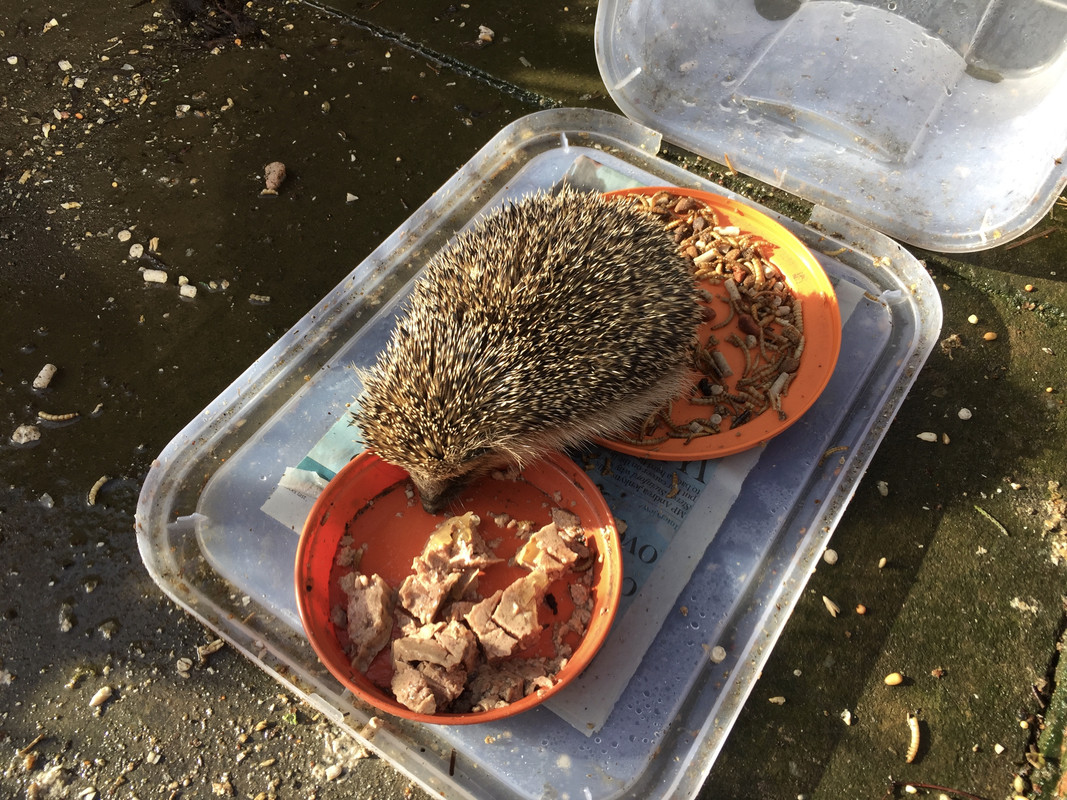 This was Monday when she was just outside her bedroom after a quick wander around the garden: 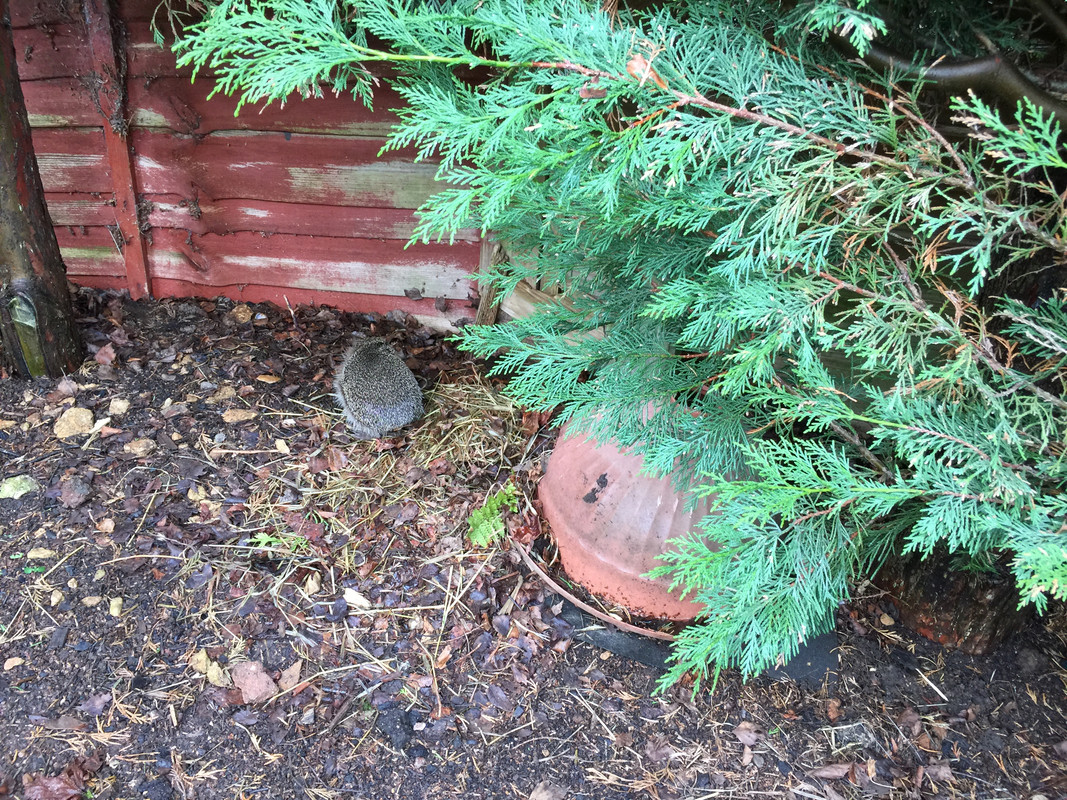 You can see the little bit of fern she placed by the entrance as well, there seems to be no real reason why she put it there, it just turned up from a fern a couple of feet away.
I worked out the other day that ‘hogs have been around the house for at least forty years! My then girlfriend accidentally kicked one down the front path as we were leaving one night, and I’ve heard them in the garden off and on ever since. It was only because last summer was so hot we were sitting outside until quite late and watching hedgehogs cleaning up the food dropped from the feeders in the tree, so we started putting out dished of food and water because everything was so dry! At one point we had five in the garden, a big male, our regular female, two hoglets and one other briefly.