To upload photos or videos, as far as I can tell, they have to be stored somewhere else on the internet such as Flickr, Youtube or twitter.

I was a bit late topping up the rations last night and when I opened the lid to the feeding station Bruno was already there and he’s huge! It just goes to show that even the largest hogs can squeeze through the smallest of gaps. A second hog returned last night, it liked the feeding station, but I don’t think it was too impressed with the camera! 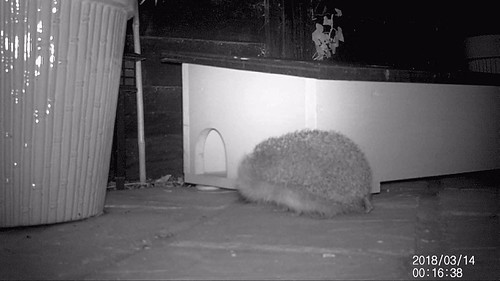